Dementia is an umbrella term that describes a group of symptoms that are caused by many diseases that affect the brain, such as Alzheimer’s disease or stroke. The World Health Organisation (WHO) defines dementia as a syndrome of chronic or progressive nature in which there is deterioration in cognitive function beyond what might be expected from normal ageing[1]. Dementia affects thinking, memory, orientation, learning capacity, language, and judgement. The impairment in cognitive function is commonly accompanied, and occasionally preceded, by weakening of emotional control and motivation as well as deterioration of social behaviour.

As dementia affects a person’s mental abilities, maintaining their independence can become a problem. Most types of dementia can’t be cured, but if it is detected early there are ways you can slow it down and maintain mental function. 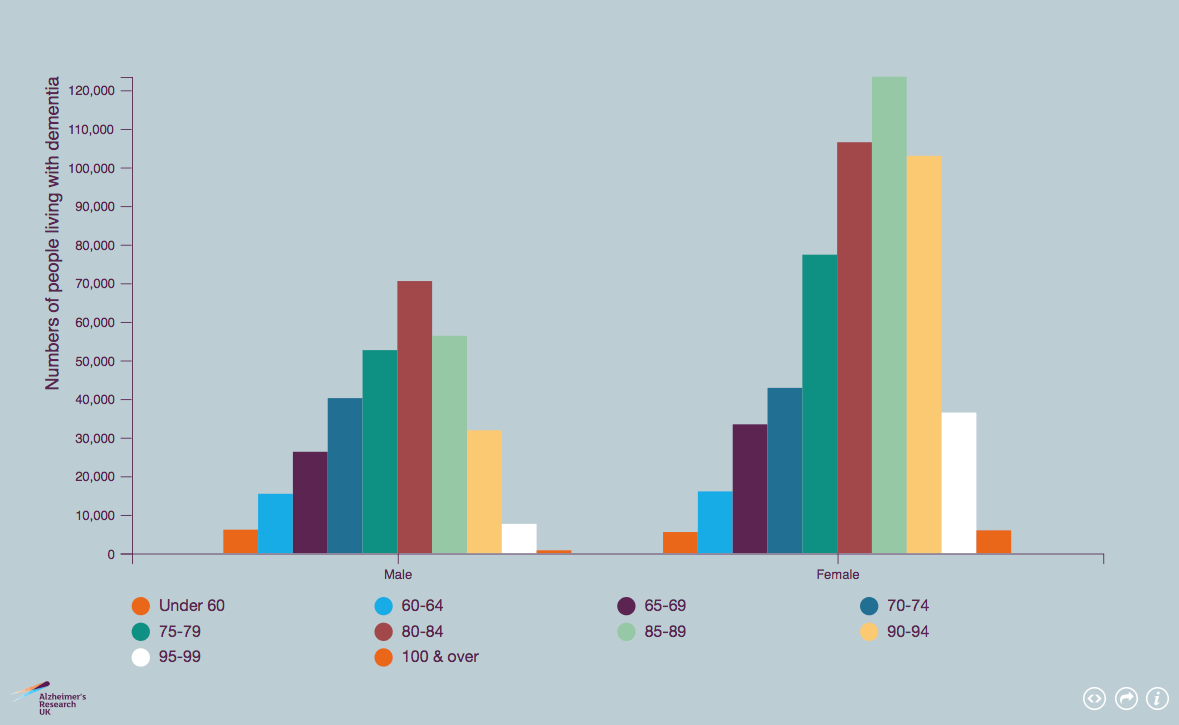 Figure 2: Predicted growth in Dementia prevalence in the UK. 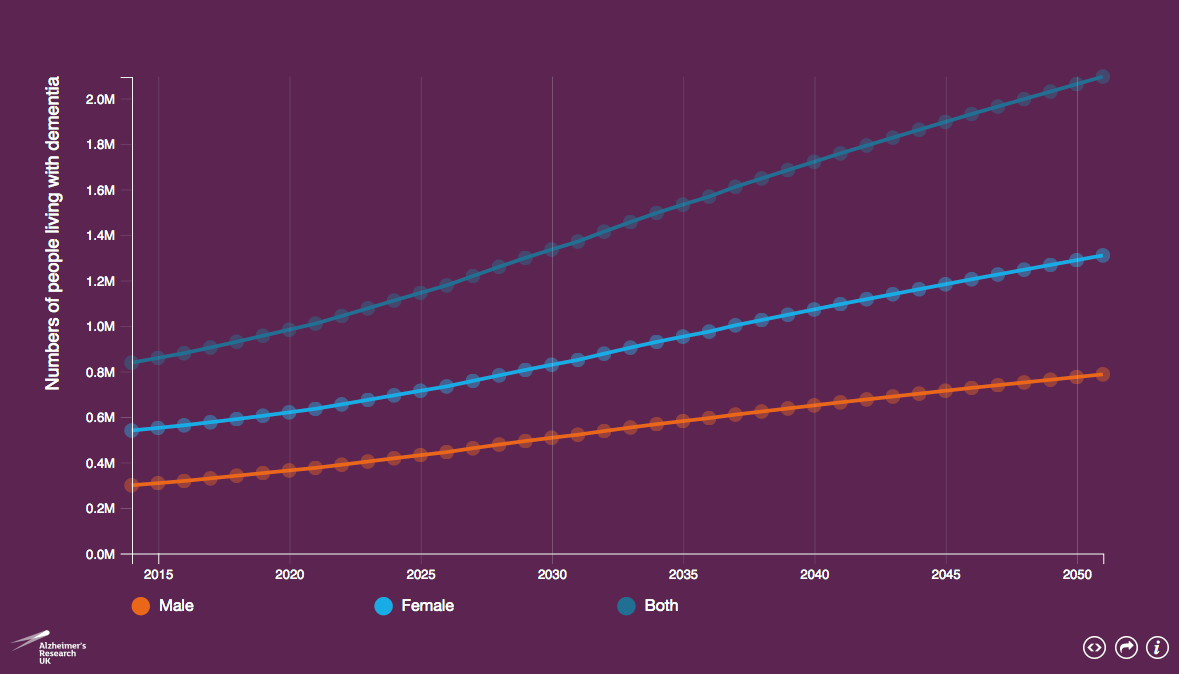 Not everyone living with Dementia has a formal diagnosis for the condition. The national Dementia diagnosis rate for people aged 65+ is estimated to be 68.7%.[1] There is a considerable economic cost associated with the disease estimated at £23 billion a year, which is predicted to triple by 2040. This is more than the cost of cancer, heart disease and stroke.[2]